Join the thousands of people who support the Childcare Voucher scheme

The Childcare Voucher scheme has now closed to new entrants. If you’re a parent or employer who missed out, get in touch here and tell us your story.

Join the thousands of people who support the #SaveChildcareVouchers campaign:

2. Over 270 employers representing 140,000 employees have backed the campaign to keep Childcare Vouchers open

3. Key stakeholder groups and charities such as Barnardos, the Pre-School Learning Alliance and Employers for Childcare have backed the campaign

4. 69 MP’s have signed an Early-Day Motion in support of Childcare Vouchers

Here’s how you can make your voice heard: 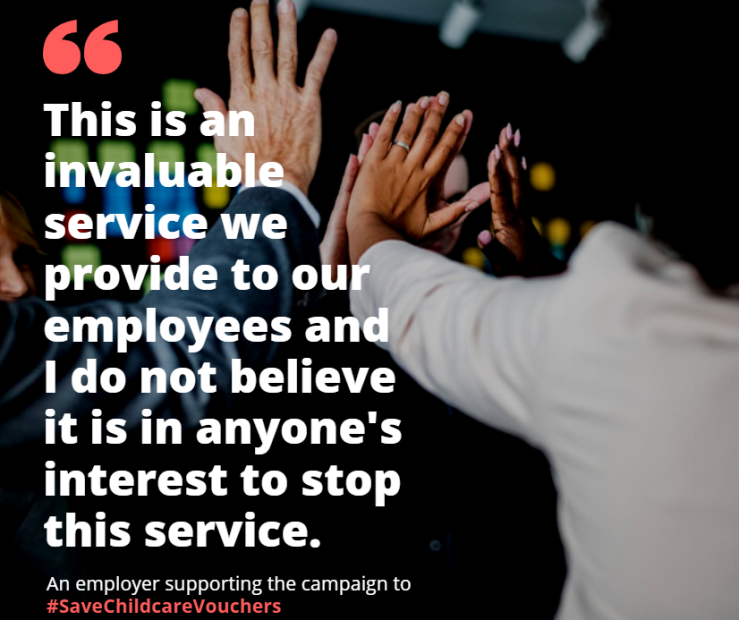